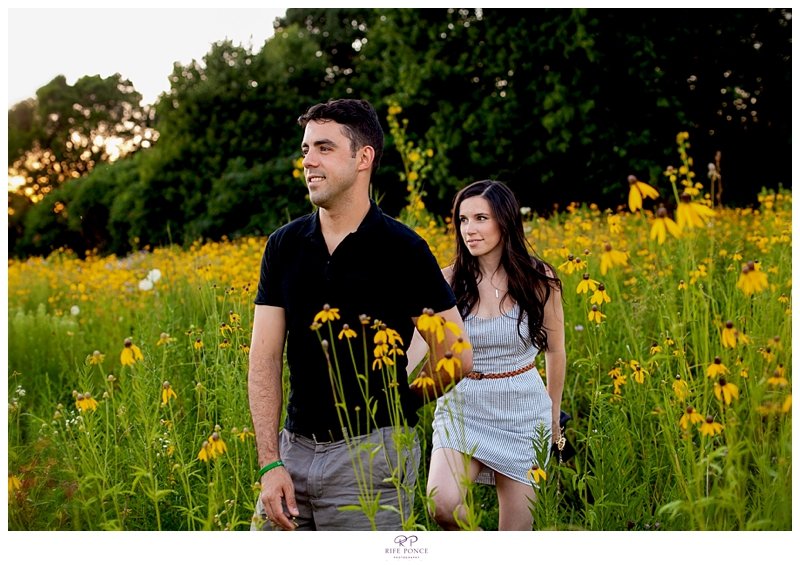 Taking these Montrose Harbor engagement photos with Amanda and Eric was extra special for me. I’ve known Amanda since the sixth grade.  Our friendship was cemented after I baked a cake for her 13th birthday.  She couldn’t resist the Pilsbury Box devil’s food cake with cream cheese frosting.

In high school, Amanda made a name for herself because of her enthusiastic school spirit and down-to-earth personality. In college, we roomed together in our first apartment. After graduation, it was Amanda beside me in the Uhaul, driving across the midwest from Nebraska to Chicago, where we shared two apartments, before eventually settling in our current spots, less than 10 minutes from each other.  At this point, I think of Amanda as much as a family as a friend.

Like a protective sister, I had lofty expectations for any guys she dated. When I first hung out with Eric, the new guy she met playing dodgeball, it was at a b.b.q.  He said, “wanna sit at this table with me so we can chat?”  At first, I was taken aback, I thought, “Huh, ok…” But he just wanted the chance to get to know the close friend of his new main squeeze and I became an instant fan.

Eric, or E.A. as I like to call him, is her perfect match. A social butterfly who loves to have fun, they’ll never be bored. Of course, the thing that I like about E.A. most is his love for Amanda. One of my favorite lines from him came when he proposed, “Amanda, I love the sh*t out of you and I wanna be with you forever.”  So here’s to forever. I love you guys and can’t wait to celebrate with you at the wedding.