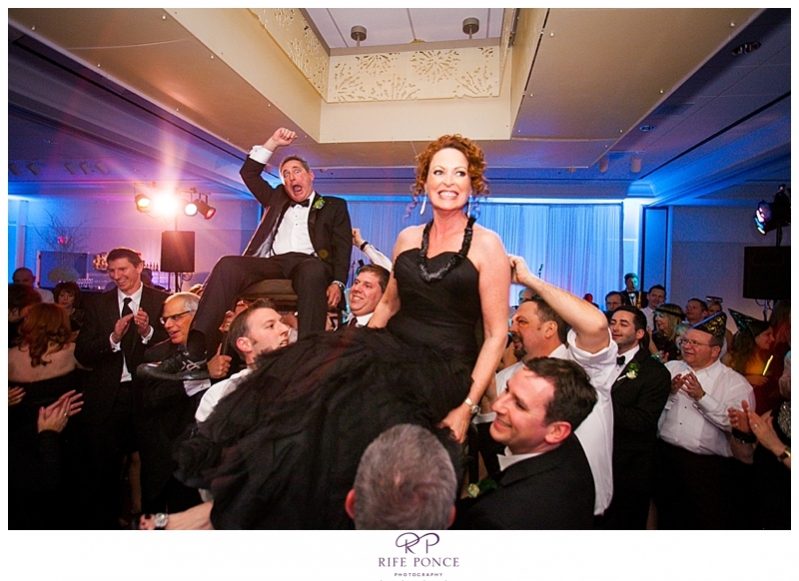 Weddings are the beginning of a new life together.  For Tova and Jason, there was no better day to start then the cusps of a new year. On December 31, 2014, the two signed their ketubah, said their vows, and of course kissed at midnight as newlyweds.

Tova was absolutely stunning in her rosé champagne colored dress and sweet curls. The men were sharp in black tuxedos and bowties that no one could keep straight. A close family, both sides shared words of gratitude for the union during speeches. Jason’s sister couldn’t hold back tears when Tova turned for the first time in her dress, then after the ketubah was signed, and certainly during the ceremony.  At one point she said to me, “I’m going to be like this all day.”  But when it came time for her to join the band on stage for a draw dropping rendition of Etta James’s At Last, she kept the tears at bay as Jason and Tova danced to the very special serenade.

As the clock struck twelve, hugs and kisses were made all around, and the newlyweds began 2015 with hearts of love.