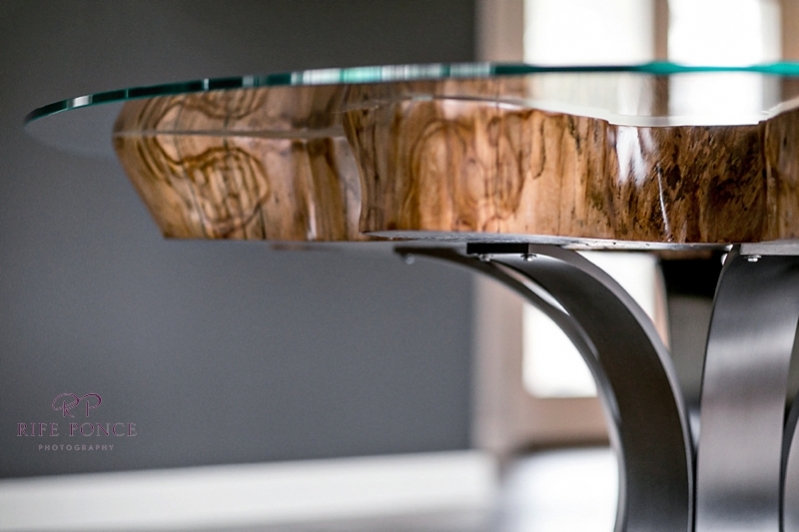 I recently had the pleasure of photographing this beautiful, one-of-a-kind table designed and built by furniture designer Rohan Ward.  Found on the side of the road as he was driving home one day, Ward hauled the massive trunk, which was originally three times this size, to his workshop in Wilmette, Il, where he spent the next six weeks transforming it into a sculptural piece of metal, glass, and wood.